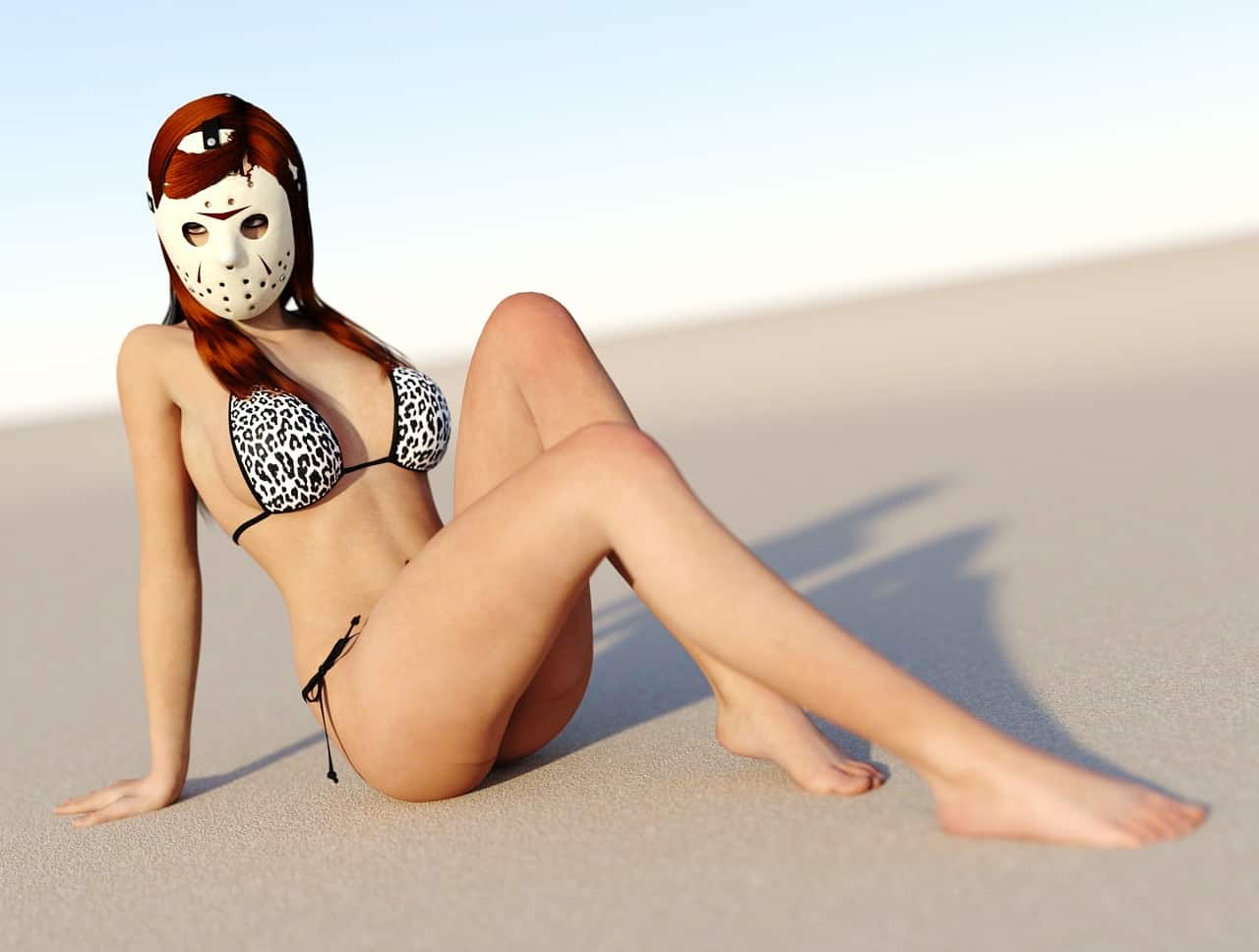 Dish it to your friends!

Forget creepypasta, NOTHING is scarier than real life. The following 5 horror stories are accounts of actual events that have happened to either us, family, or friends. Only the names have been changed to protect their identities. Two will have you playing guess-the-celebrity. All experiences happened in the city of Los Angeles, CA…the capital of weird social phenomena.

It’s most women’s dream to hear the magic words “I’d like you to meet my family”. As was the case with our friend Emily who was elated when her college boyfriend of 8 months, David, invited her to a huge Passover dinner his parents were having at their home.

This was her first Seder dinner with her boyfriend’s Iranian family and, being Irish Catholic, she was a little nervous and didn’t quite know what to expect.

Her fears quickly disappeared when his parents greeted her at the door with open arms.

Since many of the family members there didn’t speak English as well as Farsi, the parents made sure to personally introduce her to every single member of the family and help translate the conversation.

Everyone was so jovial and friendly that it wasn’t long before Emily started to feel at home.

By the end of the night she believed this could be a serious turning point in their relationship. On the way home her boyfriend turned to her and said, “Thank you so much for coming. I liked having you here and my family loved you.”

It was the perfect end to a perfect night…

The next day Emily called me up to tell me how the dinner went and talk about all of the wonderful people she met.

She mentioned how she met another really nice guy there who ended up being a mutual friend of mine. Surprised and excited I decided to give him a call to tell him that Emily was my friend.

I heard his voice drop when I mentioned her name.

“Was she the tall girl with blonde hair who’s dating David?” He said.

I quickly confirmed she was and told him that she was so happy that her and the family hit it off.

He said, “Tell her to break up with him right now. They were laughing at her. His parents were introducing her as David’s whore in Farsi.”

We were at lunch with our friend Matthew when he got a call and asked us if it would be ok if his publicist joined us. She was 40 years old, single, living in Los Angeles, and going through a personal crisis, we said yes.

She arrived disheveled, in sweats, and with huge sunglasses on. After her second screwdriver she began to tell her story.

A month ago she had met a celebrity Olympic cyclist at a charity poker event and they immediately hit it off.

He was everything she was looking for charming, sweet, accomplished, and well mannered. It wasn’t long before he started taking her on trips. They spent a few days in Hawaii, went to the mountains, and the Bahamas.

Two weeks ago he asked her to join him with his family at his ranch. His Mother hugged her, said she loved her, and told him that he should keep her. The Mother also confided that he rarely brings women home to meet her.

Emily started to think this could finally be “The One” for her. She left the ranch excited and admitted that night she did what our friend Matthew told her not to do, she slept with him.

Then everything changed. He suddenly had a busy schedule and couldn’t make time to even call her.

It had been ten days since he contacted her and she was so heartbroken and depressed she could barely get out of bed everyday.

“I told you not to do it,” said Matthew. “Its not like you’re 22 anymore, you’re 40, this one is going to hit you hard because you feel desperate. He’s a douche bag I’m telling you.”

Ten years later that same celebrity Olympic cyclist was stripped of all of his titles for doping in his races and sued by all of his book publishers. Apparently he faked more than relationships.

My friend’s brother was a 40 year old, newly divorced, race horse owner. He had a busy schedule and decided to try online dating.

He instantly found the profile of a girl he thought was perfect. She had an extensive articulate, and well written profile with an adorable picture.

He contacted her immediately asking her on a date and was excited when she said yes. She seemed just as enthusiastic about meeting.

He told her he reserved a table at Wolfgang Puck’s in Beverly Hills under his name.

When he arrived for his date he found a short, stout woman sitting at his table with tears in her eyes. She immediately confessed that the picture was fake and she had copied another woman’s profile.

She was from Mexico and hoping to get married for a green card. She knew he would never come if she told him the truth.

Instead of sitting down and eating with her, he decided to give her the money he would’ve spent on the date and left.

He didn’t date for a year after that.

It was my very first date with this guy Chris. He insisted on picking me up to take me out to dinner.

I can’t say he made the best first impression. As we were driving down Sunset Blvd on the way to the restaurant, we passed by a strip club with a sign outside that read “Amateur Night Winner get’s $1700.”

He glanced at me and said, “You think you have the body to be a stripper?”

I’m 5’5 and weigh 105 lbs with natural dd breasts. I was nowhere near serious but, really? That should’ve been my first clue.

Once we got to the restaurant and started talking more, I mentioned an article that said a good place to meet potential partners was at weddings.

I told him I thought that was creepy since its all family, you’re all kind of related.

He said, “Well what’s wrong with that?”

I said, “Well for one thing, if you have kids from the same gene pool they could come out with defects because it’s inbreeding.”

He looked at me dead pan and said, “Well not necessarily, my cousins had kids and they came out fine.”

A friend of a friend started talking to a pretty actress on an online dating site. She was googable and had quite a few credits to her name.

After a few weeks of talking online he decided to ask her on a date to dinner. He gave her a couple of choices and she picked Maestro’s of Beverly Hills, the most expensive one out of the bunch.

About 30 mins before the date he got a call from her saying that her car broke down. He was too excited about the date to cancel, so he sent an Uber to her apartment in North Hollywood to pick her up.

When she arrived he was surprised to see that while her face did resemble her pictures, she was about 30-40 pounds heavier.

In an effort not to feel like a shallow jerk, he decided to sit down with her, after all he just paid for her 40 min Uber ride over here.

To make matters worse she proceeded to order 4 courses. As he watched her polish the meal off, he asked her how old her profile pics were.

With a chunk of Filet Mignon in her mouth she said “two years” and that she had gained a little bit of weight since then but can lose it quickly.

After she finished dessert she ordered a second dessert to take home with her and he sent her back to North Hollywood in an Uber.

He was furious. The tally for the night:

Uber ride to and from North Hollywood -$85

4 course dinner including 2 desserts at Maestro’s -$300 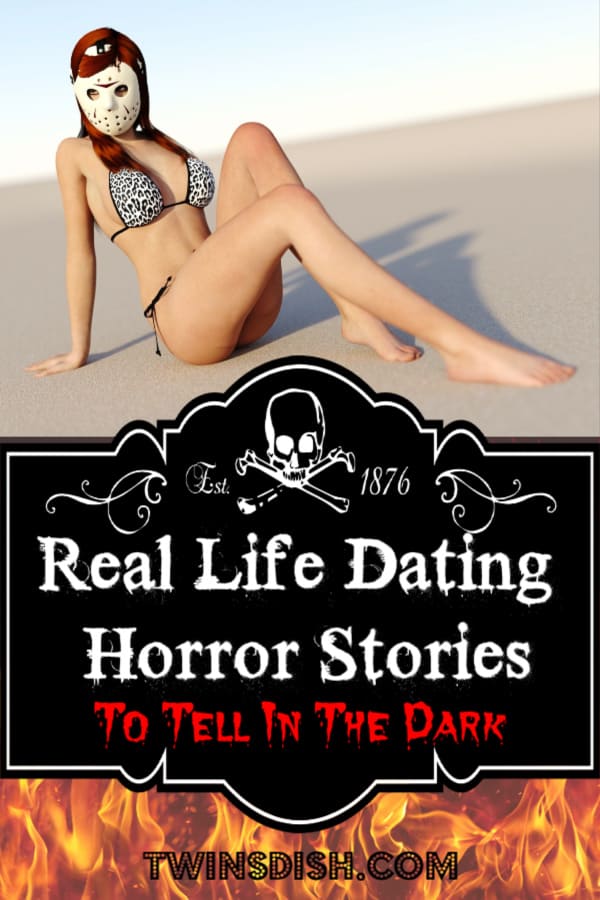 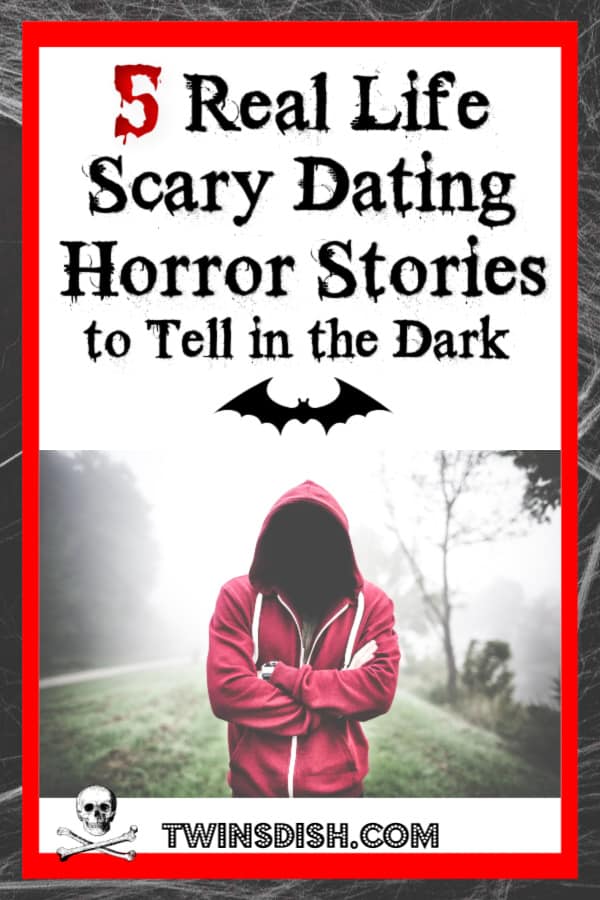 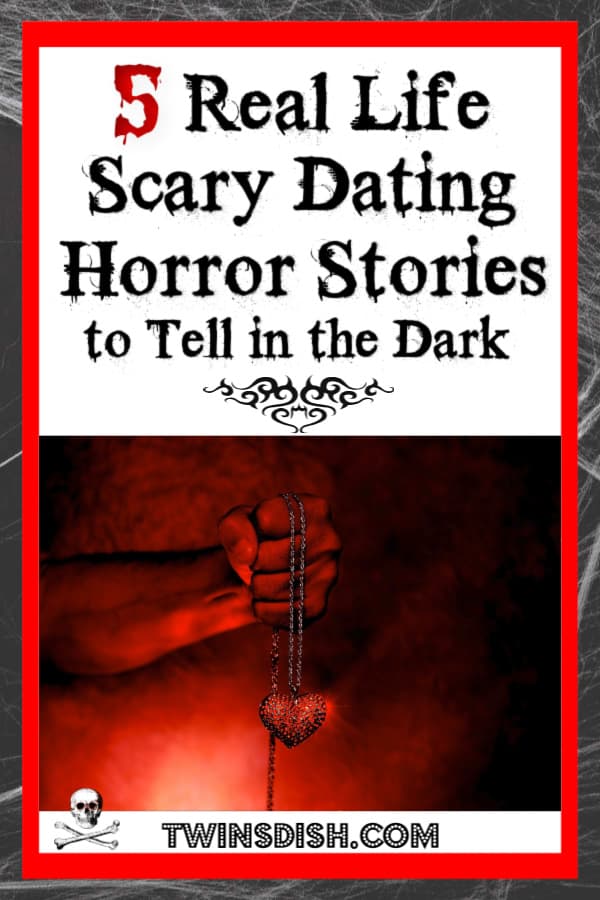 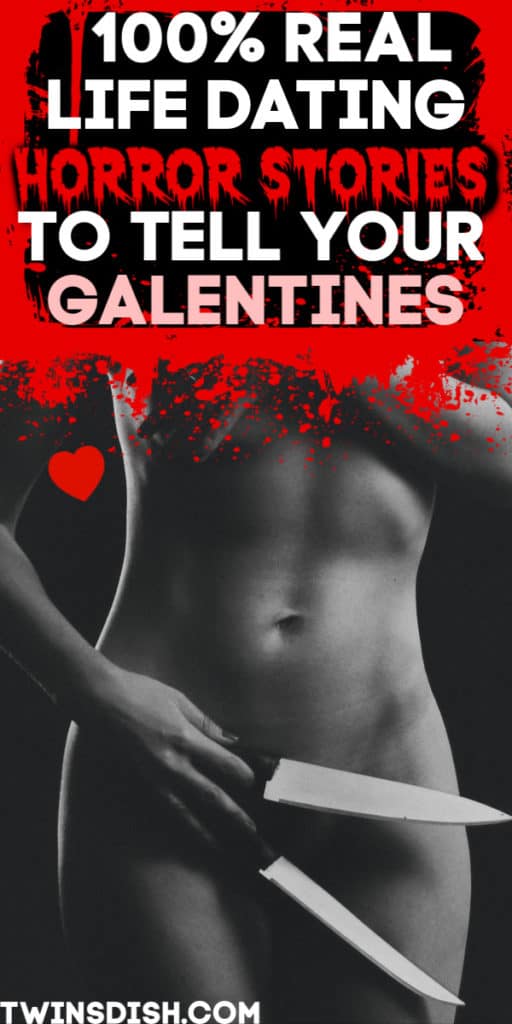 Dish it to your friends! 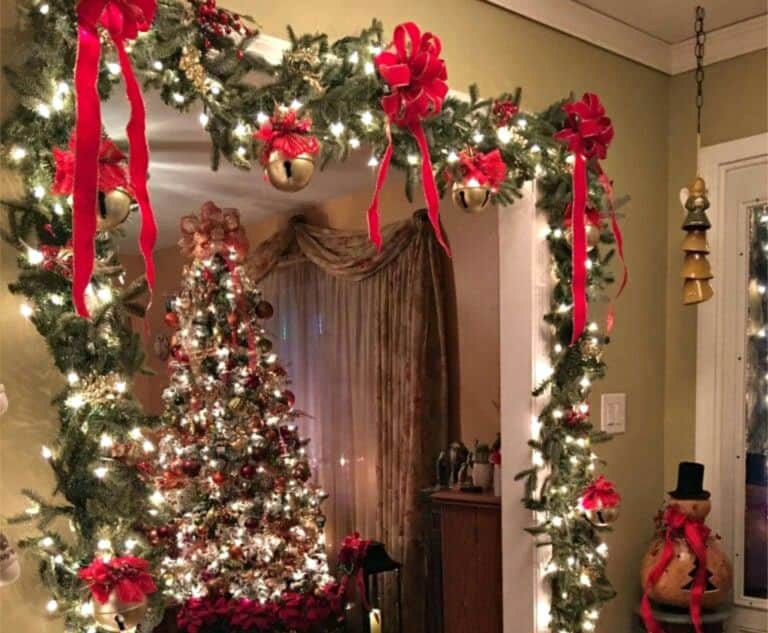 Decorations don’t have to be complicated to be beautiful. We’re sharing our favorite easy Christmas decoration tips, tricks, and hacks that we use to decorate our home year after year. They work for EVERY budget, style, and space, and most of them utilize items you may already have around the house. Use these ideas to…

There is no excerpt because this is a protected post. 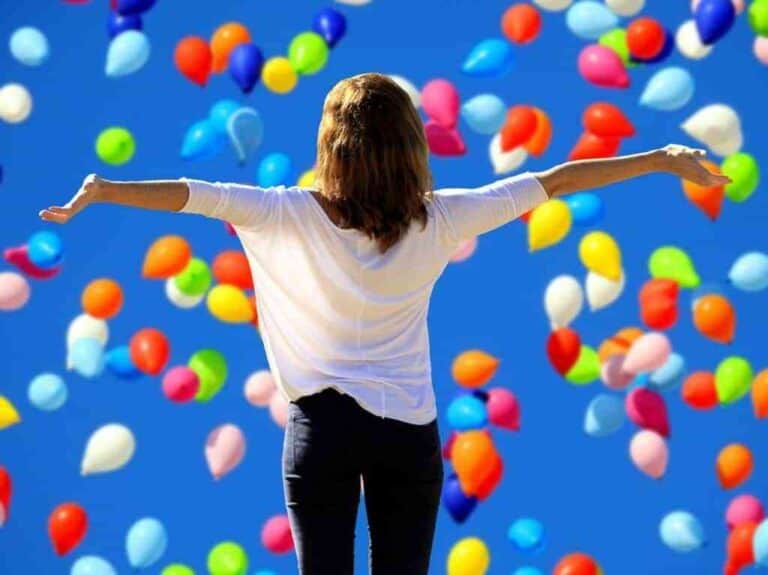 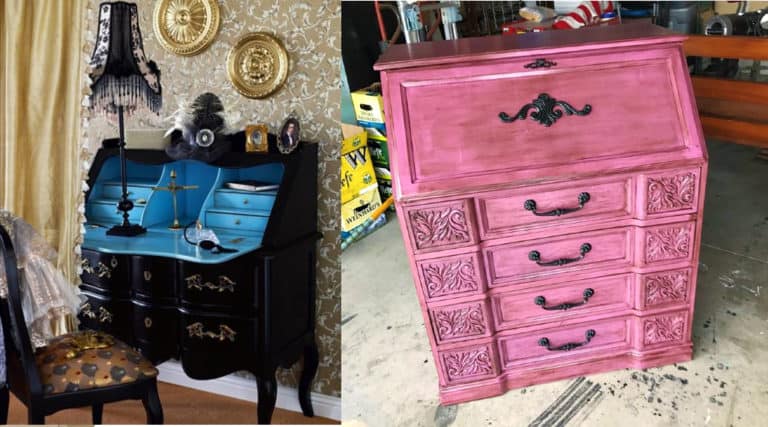 Whether you’re a student moving into a dorm, a young adult moving into their first apartment, a busy family in need of a command center or you’re just simply short on space in your home, the BEST solution is a Secretary Desk. Secretary desks are cheap, versatile, multi-functional, easily refinished, and have great resale value…. 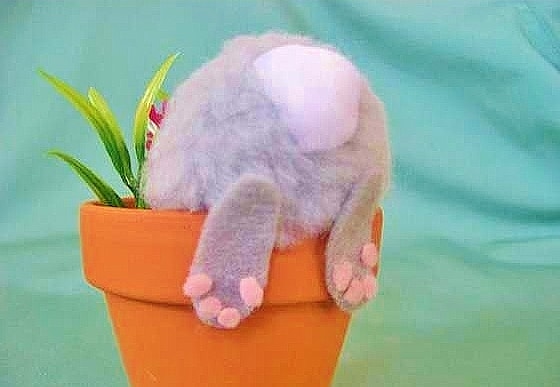 We’re behind on our Easter planning this year and were on the hunt for crafts that were easy and fun for kids and adults to do but beautiful enough to use as decorations….we hit the jackpot. We compiled a list of the absolute best gorgeous Easter decoration crafts that kids can help you make or…

The best DIY Halloween Bathroom Decorations and pranks for 2020. The most unsuspecting place to get a good scare out of people is the bathroom. The cruelest part about it is they HAVE to use it and the more scared they get the more they need to use it! Here are the best, easiest, yet…